The Marushin Mateba is exactly like the real steel version when it comes to the way it functions. As peculiar as it is, it proves very useful. One thing you'll have to get used to is the sight alignment as the bore is along the lower frame. Unlike most Marushin revolvers, this one has a hop up adjustment point which is easy accessible. You'll find it on the upper part of the frame, half way down the gun. All you need to do is a use a hex key to adjust it. The strange looking Mateba can be found in a anime series called Ghost In Shell. It's one of those pistols that looks unique and different from the others which is why it is so well known, making it a perfect anime prop gun! To all the cosplayers that love the Ghost In Shell series, you will absolutely LOVE the Marushin Mateba revolver. The Mateba is a very solid revolver made of a heavyweight plastic giving it a bit of heft.

There have only been a few of the the Mateba ever produced. It was developed by Mateba, based in Pavia, Italy. The Mateba M2007 works like most convensional revolvers, which depend on the user physically pulling the trigger and/or cocking the hammer to actuate the weapon's mechanism of operation. The Mateba barrel alignment is different from most other revolvers. The barrel is aligned with the bottom of the cylinder instead of the top. This lowers the bore axis (line of the barrel) which directs the recoil in line with the shooter's hand thereby reducing the twisting motion or muzzle flip of normal revolvers 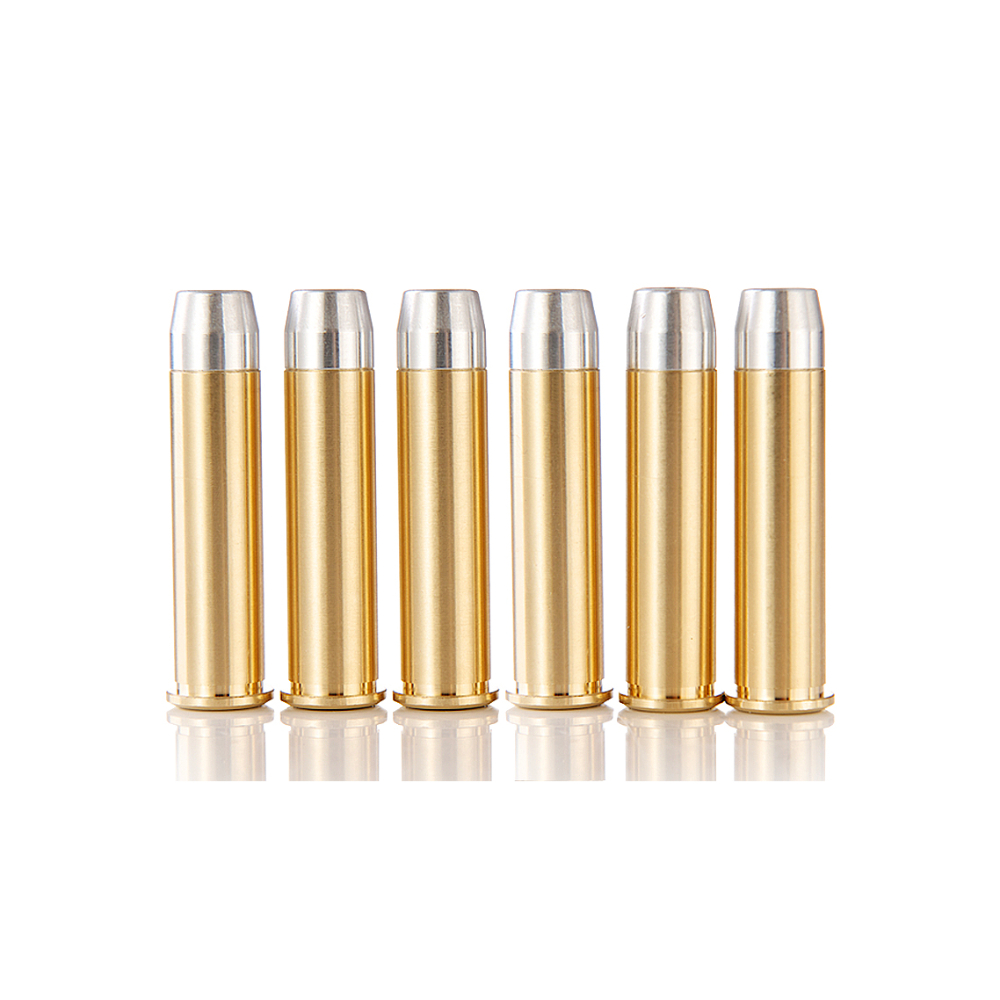 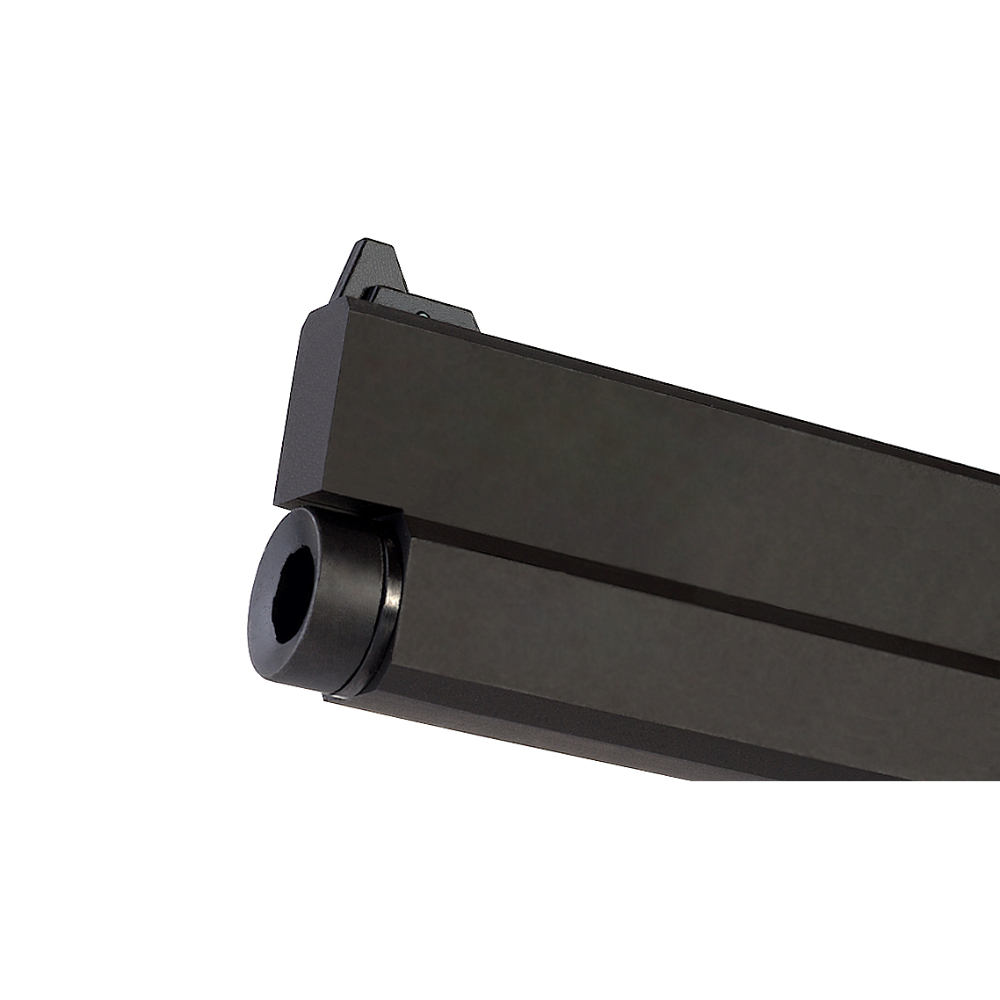 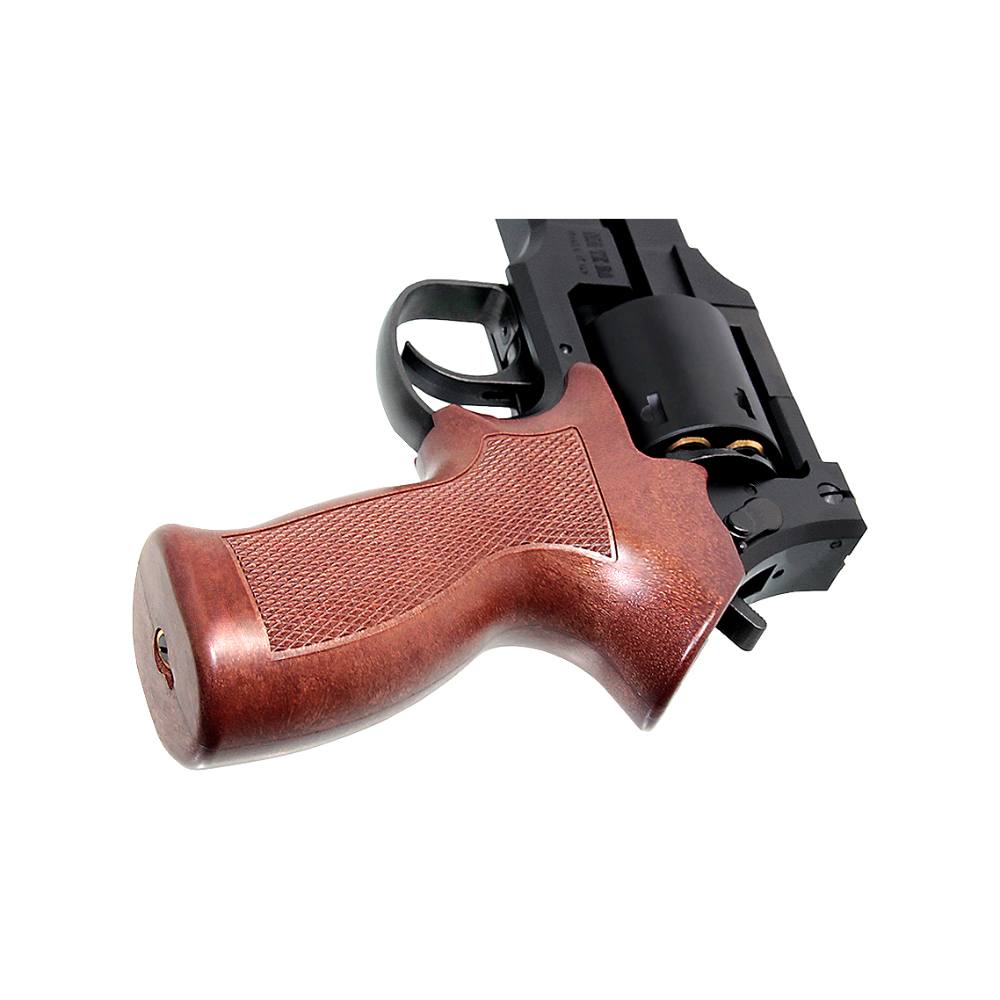 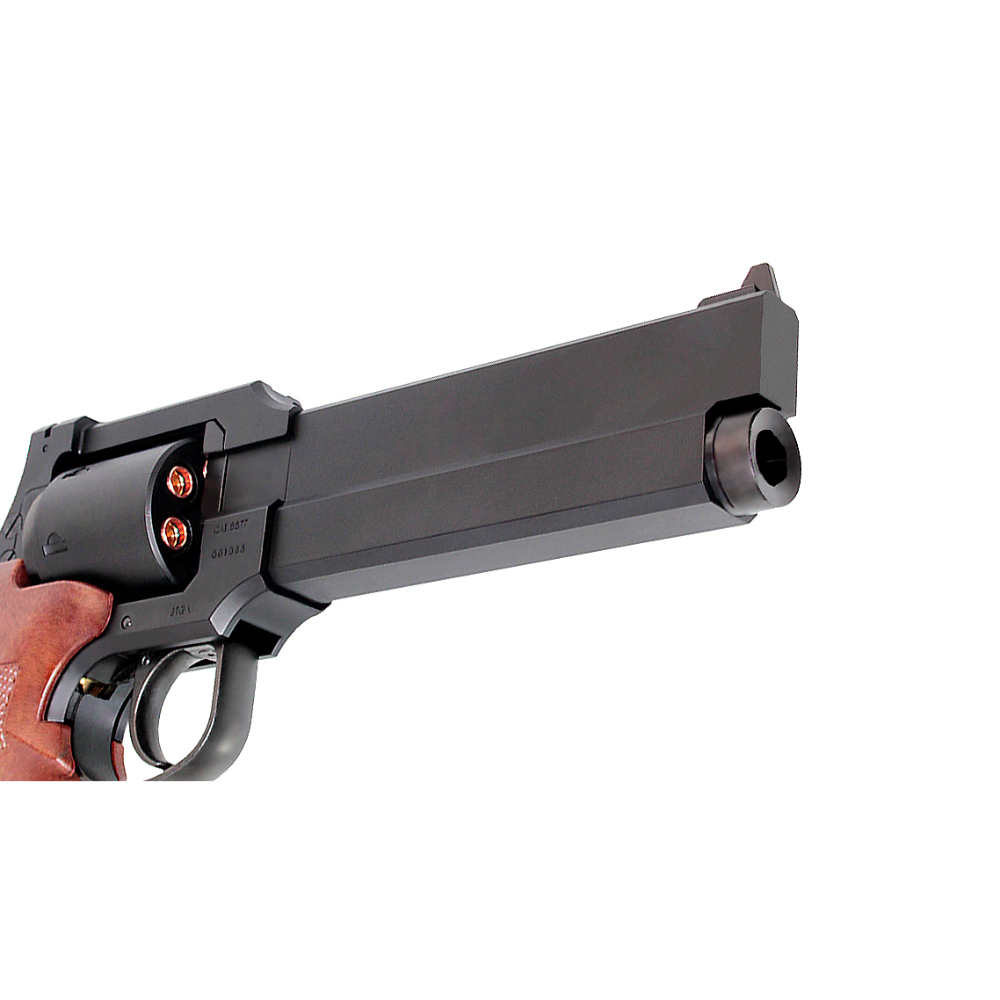 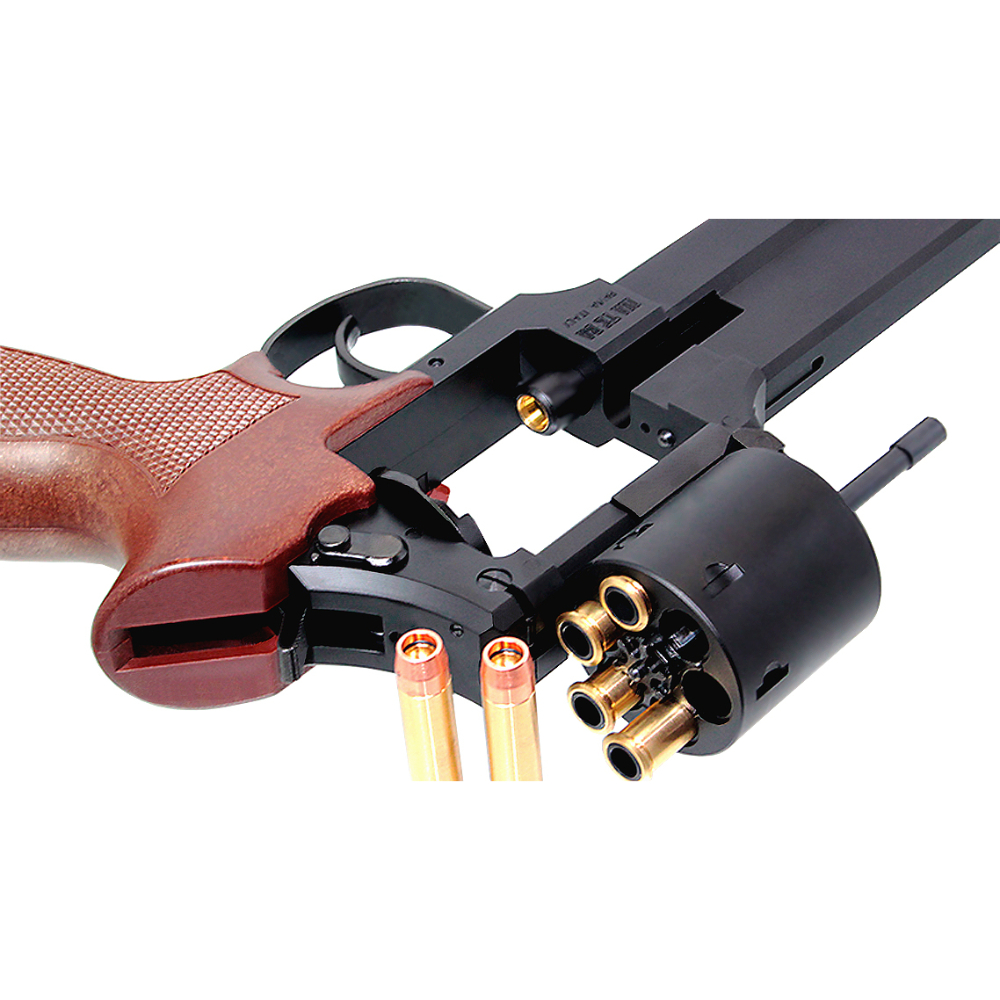 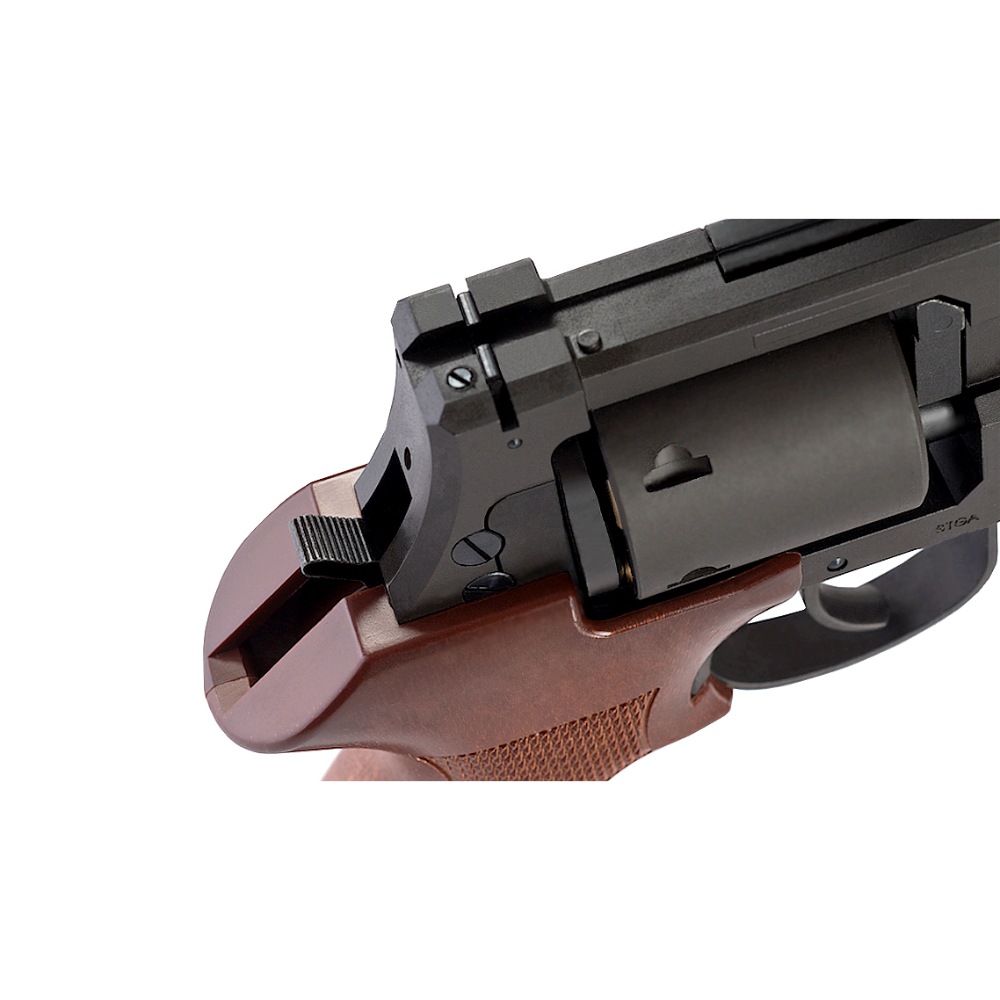